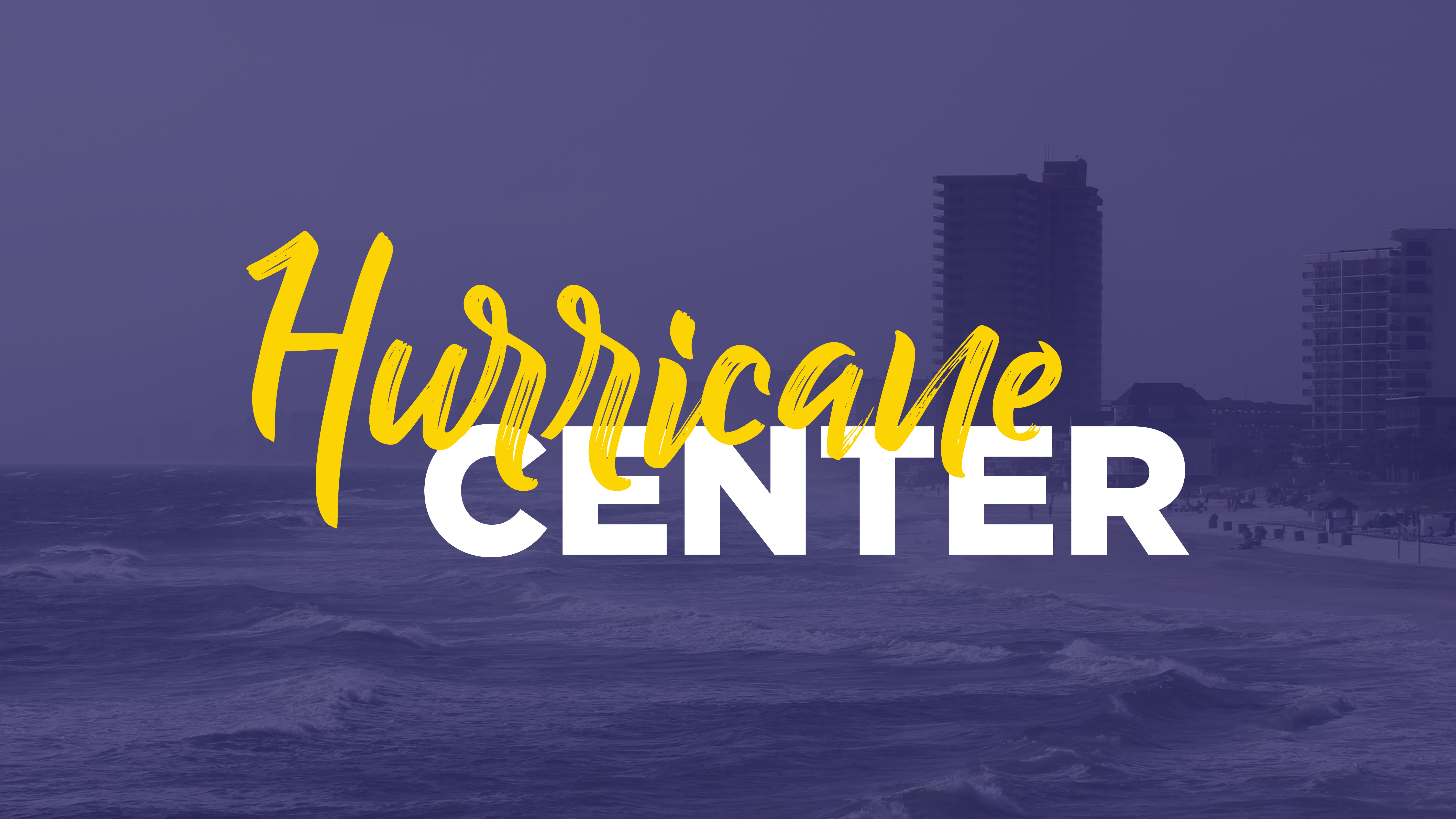 As Hurricane season begins, it’s important you’re prepared and engaged. Follow updates from the National Hurricane Center by clicking here and use the resources below to stay engaged and prepared. 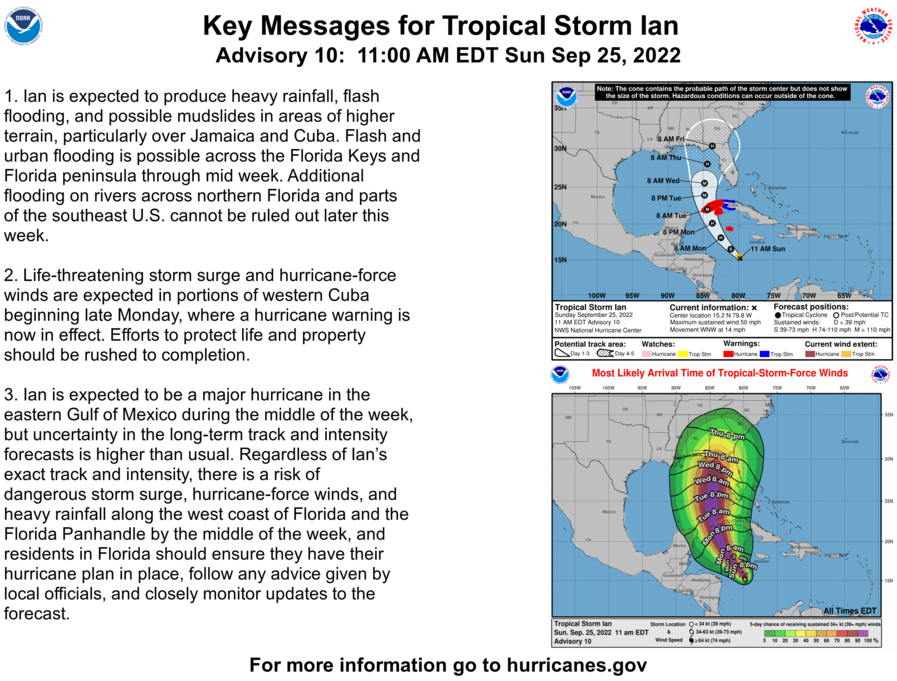 At 800 AM EDT (1200 UTC), the center of Tropical Storm Ian was about 320 miles (550 km) south-southeast of Grand Cayman. Ian is moving toward the west-northwest near 12 mph (19 km/h). A turn toward the northwest at a similar forward speed is expected later today, followed by a turn toward the north-northwest on Monday and north on Tuesday. On the forecast track, the center of Ian is forecast to pass well southwest of Jamaica today, and pass near or west of the Cayman Islands early Monday. Ian will then move near or over western Cuba Monday night and early Tuesday and emerge over the southeastern Gulf of Mexico on Tuesday. Maximum sustained winds are near 50 mph (85 km/h) with higher gusts. Rapid strengthening is forecast to begin later today. Ian is expected to become a hurricane later today or tonight and reach major hurricane strength by late Monday or Monday night before it reaches western Cuba. Tropical-storm-force winds extend outward up to 60 miles (95 km) from the center. The estimated minimum central pressure is 1001 mb (29.56 inches) based on NOAA Hurricane Hunter dropsonde data.

Make sure to follow the Alachua County Emergency Management page at https://www.facebook.com/AlachuaCoEM/ to stay up to date on the latest information including warning and shelter information.

Make sure to follow the Dixie County Emergency Management page at https://www.facebook.com/Dixie-County-Emergency-Services-960873360636688/ to stay up to date on the latest information including warning and shelter information.

Make sure to follow the Gilchrist County Emergency Management page at ://www.facebook.com/GilchristCountyEmergencyManagement/ to stay up to date on the latest information including warning and shelter information.

Make sure to follow the Levy County Emergency Management page at https://www.facebook.com/lcdem to stay up to date on the latest information including warning and shelter information.